Palm Jebel Ali and the mainland had to be connected by a 450 meter long cable stayed bridge. The architectural design of this bridge is characterized by the clear and daring separation between the pylons and the bridge deck. Despite its massive size the deck appears to hover in space, elegantly floating in its web of cables.

The bridge provides easy access to a city of 250.000 inhabitants, both for car drivers, cyclists and pedestrians. The bridge is prepared for future adaptation to public transport. Next to traffic the bridge also carries the power mains, water, sewerage and data communication cables from the mainland to Palm Jebel Ali. 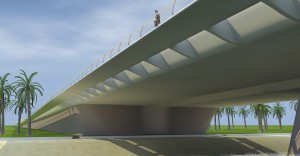 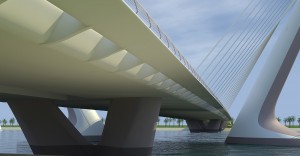 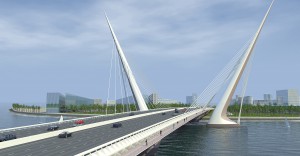 The colour scheme for the bridge was designed to highlight its structure by creating a light and shadow effect that slims down the main pillars. All elements in touch with the water merge with it in its darker tones.

Thanks to its fully free standing location, the bridge can be admired from all sides, it will serve as an icon for Palm Jebel Ali, like its famous peers around the world such as the Brooklyn bridge, the Golden Gate bridge and the Firth of Forth bridge. 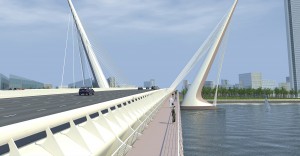 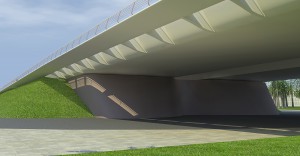 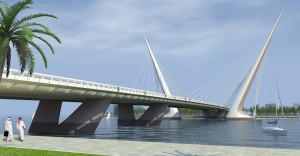 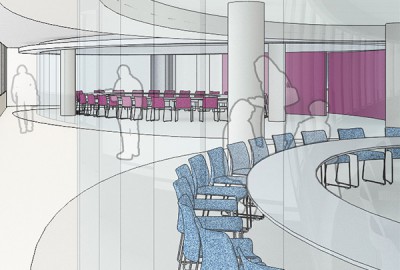 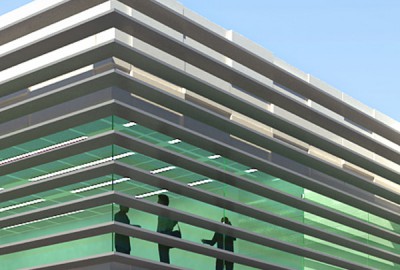 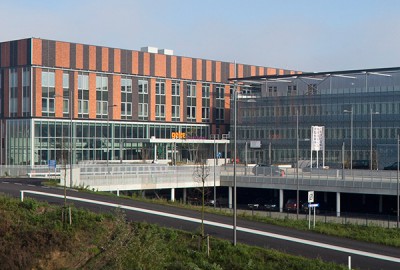