Filipa Santos is an Architect, Colour Consultant and Researcher based in Barcelona, who started her career in her native Portugal working mainly in Railway projects. In 2007 she took a position at Royal HaskoningDHV, a multinational Engineering and Consultancy company in the Netherlands, where she participated in several multidisciplinary projects involving areas as diverse as Health Care, Sports Facilities, Industrial Buildings, Commercial Real Estate, and Infrastructures. In 2013 and within the same company, Filipa spent a short period working in Indonesia and a longer one honing her craft in the United Arab Emirates, finally returning to Europe in 2016. Her body of work is spread throughout Europe, Southeast Asia, Middle East and North Africa.

A master’s degree in Colour in Architecture enabled a specialisation in the field of interior architecture, where her work has covered full interior design concepts to detail design, material selection, implementation of innovative work space concept (het nieuwewerken), furniture design, corporate identity and project managing. This path also led her to develop several Colour Plans for interior, as well, as exterior spaces. Projects where she created their interior design received diverse awards, such as the Academy for Engineering, in Delft, that was awarded and recognised as The Most Sustainable Educational Building of the Netherlands in 2012, and the Underground Parking Garage, in Katwijk-aan-Zee, that has gained the acclaim of her peers and received multiple awards, namely the Best Building of the Year 2016 in the Netherlands awarded by BNA (Royal Institute of Dutch Architects).

On the scope of research, Filipa started her activity with the dissertation Ambient Mutations through Light and Colour, under the orientation of Full Professor Rui Barreiros Duarte in the scope of the Master in Colour in Architecture, of the Faculty of Architecture of the Technical University of Lisbon. Highlighting the reinforcement of this research at the Utrecht Graduate School of Visual Art and Design in the Netherlands, under the orientation of Professor Doctor Klaas Hoek. Filipa is a Founding Member of the Portuguese Colour Association, member of the Stichting Kleurenvisie (Dutch Platform for Colour) in the Netherlands, collaborator at LabCor and member of the Colour and Light Research Group of the Faculty of Architecture of the University of Lisbon, and has participated in several research projects nationally and internationally. 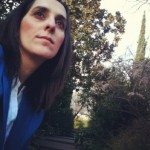